in defence – her protector
at every opportunity – her provider

On Thought Processes and the Problem of Values

The best way, I find, to further a goal or realise a vision is to focus on the story. What one wishes to express – through the sort of life they lead.

And if there’s one ingredient crucial in the cultivation of creativity, then surely, it is that quality of being honest with self. Personal aggrandisement never carries true merit; and to take the high road requires a great deal of humility.

So, knowing that you must now ensure pride never gets in the way of your story’s essence. And understand that trials do in fact add to the glory.

Let your reality be imbued with the promise of your dreams because the grander the ideal, the easier it will be to fit the shoes you’re trying to fill.

But remember, the pursuit of grand application of ideas through experiment can sometimes mirror educational brilliance devoid of ethical substance.

So be always true to your word, but do not be afraid of change. And should you let your limited wisdom inform your every action; or decide to traverse the terrain of the temporal instead of having noble aspirations, know that your success too will be short-lived like Hendrik Verwoerd’s.

why worry or wonder what the writing is worth
when without it, the world over, the wise cannot be made worthy

without which, victory holds no weight
and nothing can hold back an enemy
let alone win warriors a state

Made in the Moor

the tremulous tench sky
shifting from golden to red

then suddenly she appeared
as if out of a dream

and when hers met mine – our eyes

nothing more to be said
but that we found happiness

o, how oxytocin created trouble
when a bond it tried to nurture
while the overdose of dopamine
energised him to seek more pleasures

if only endo-battles didn’t burst the bubble
a love could’ve blossomed, no?

It was just moments into the discourse that he realised he couldn’t win the debate. Clearly he’d made a grave mistake underestimating her.

His demagoguery was inferior in the face of her diligent diplomatic displays. The delivery of her doctrine made her ideas appear as the guiding principles for how her party would achieve its goals rather than a prescription of ideals. That’s what made all the difference to the citizens who’d long since been fed up of listening to the empty promises made time and time again by cunning politicians.

He’d taken her for just another pretty anti-establishment activist and little had he known she was very determined to bring about real change and address the rampant corruption in the city. In some ways she resembled Virginia Raggi, particularly in her ability to articulate her views and just her sheer tenacity.

Ultimately, in the eyes of the public he was a symbol of the status quo while she, on the other hand, represented movement.

He had failed to realise that Continuity is not the same as Stasis and that the former bolsters any transition while the latter resists and delays change.

His message had not been aligned with the times and it didn’t take the populace long to figure out who they thought was best equipped to innovate but still preserve the glorious legacy of their old customs. It was unmistakably evident even to the establishment that he wasn’t the man best suited for the job and that they had to consider the obvious alternative. She was the sensible, and in truth, the rightful candidate.

The people had reached a stage where they were prepared to let go of the redundant traditions – which essentially had been responsible for the unfair practice of reserving powerful positions for the males – in order to secure a progressively steady future.

If Renan’s definition of nationhood i.e. “having done great things together and wishing to do more” does hold some basis in fact, then I suppose it also mirrors Miles’ view that “collaborative entrepreneurship is a business model for continuous innovation.” And with that said, need I add a reminder of our past glory, or allude to the enormous potential for continued success the despite previous predicament?

I’m not sure it’d be of much help.

It all depends. Are you ready to pardon the misconduct and lay to rest the fact that I used the bill-and-hold basis to inflate revenues during those down quarters?

Forgiveness is one thing but to look past the deed or try to pretend it never happened would be foolish. I’m sure you agree it’s a bit much to ask…

Admittedly I was wrong for taking those desperate measures; but put yourself in my position. Wouldn’t it seem rather unfair to you if someone you had an otherwise rewarding relationship with – tainted by a temporary expedient – totally disregarded the many miles you walked the right path all because of a few steps taken in the wrong direction?

I can see how you could’ve lost sight of the bigger picture under all that investor and stakeholder pressure. But you can’t say you didn’t know any better than to go down that route.

That’s all in the past now. And don’t take my word for it. Let me prove it to you and to self for that matter. All you need to do is just give me this one last chance to show you the sun never loses its shine. Rest assured it will beam bright again!

It was at one of Henry Hermand’s shopping centres. The type where you might find city dwellers who favor centrism spending their leisure after long weekdays of laborious endeavours.

But other than the fact that it was a conveniently moderate setting, we weren’t too much concerned about location. Engrossed in each other’s presence, it mattered not where – as long as we were both there.

Found a quiet, intimate spot in a patisserie and decided to indulge our taste buds with all kinds of sweet fancies.

And when she joked about the Jean Trogneux macaroons being such a delight that she wondered if they weren’t in part responsible for igniting Macron’s passion for the more mature flavour – that was all the confirmation I needed.

Although I was neither certain she was hinting nor confident in the move I was considering making; it was becoming apparent there was more to our frequent meetings and mutual fondness than just a love for literature, business, and politics.

Curious to explore the feelings, I simply took a chance. Got lost in the moment and leaned in for a kiss. Thankfully she reciprocated… and we’ve been inseparable ever since… me and Mrs….

I need you to finance my plans for the acquisition.

Who do you think I am, Alfred Beit?

That depends, do you view my business stance as a tad bit Rhodesian?

No, but don’t forget – there’s a downside to having too much ambition.

And if I tell you there’s a way to hedge against any threat? 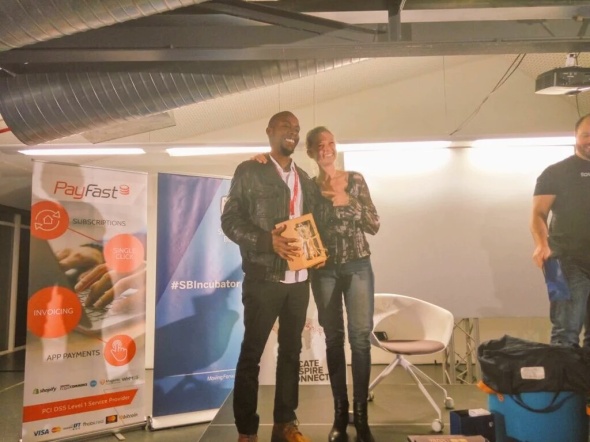