Sketch for a Theory of Persistent Passions (vii)

So only take time out
To sharpen your arsenal

And know there’s nothing comfortable
About journeying to the top

For those who do the most
Understand the cost…

And that time is the only loss
That affects earning potential 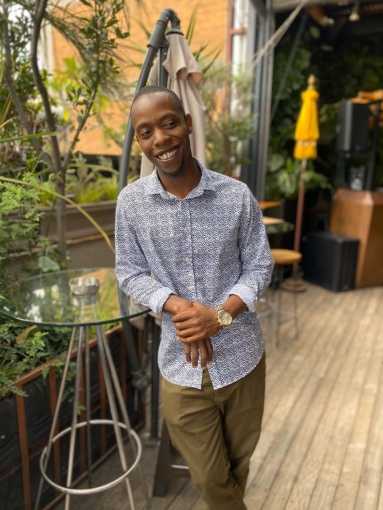 The exercise of influence
Without checks and balances
Creates a disconnect
Between a contriver and those affected by his suppositions, inferences or actions

Power Brokers: The Case of Connie & Teiid vs The People (ii)

All he wanted was to direct markets, payments and innovation like Dave Ramsden
But he didn’t want to be a currency dictator like Montagu Norman

Looking down, abashed
As markets crash
The capital class fear loss of status
Nonetheless, some in that bunch will gain much
As a result of access to insider information
Or simply the ability to adjust positions and adapt to new market conditions
Such that forces move in their favour even during a credit crunch

The so-called consumer class
Don’t fully understand their plight – such a farce
On their minds – debilitating comforts
Their actions – faux pas, peccadilloes and digital stunts
Their wishes – maintaining gainful employment
Their worries – basics becoming scarce
Lives of the soon to be the underclass – alas!

To understand cause and effect
One has to research

To occupy land
One has to pay tax

To influence change
One has to earn respect

To ensure lasting success, proper self-custody of your financial assets is vital

So if becoming wealthy is top of your priority list

Learn not only how to acquire and keep possession, but also how to multiply and earn maximum interest on your capital

in the beginning is truth

Grasping truth is the easy part

Because truth speaks to nature

And all things are of it

Accepting implications of said truths however

Demands more than a change of feelings

Self-effacing attitudes that breed cowardice through avoidance of shame

We’re all simply part of the game, so why not take more risks and at least live our lives to the fullest?

A bond is a business and every business is a bond

To the unlock the keys to success requires buy-in and commitment, predicated on the expectation of maximum value extraction from a proposition

And once there’s an agreed Shamir’s secret sharing like setup, all parties can have full confidence in a shareholding scheme

On The Heath
Blog at WordPress.com.